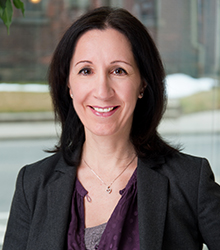 Laurie Reid joined CPSO in January 2020 as Director, Investigations and Accreditation. She previously worked for the CPSO for more than five years in a manager position before leaving to become the Provincial Nurse Manager, where she was tasked with developing and overseeing the Nurse Death Investigator role and a number of the regional offices for the Office of the Chief Coroner before returning to the CPSO. Laurie is responsible for the operations of the Investigations, Complaints and Resolutions Department, Compliance Monitoring & Supervision, Public Advisory Services and the Accreditation Program, which oversees the inspection of independent facilities. Laurie is valued for her ability to organize people and processes in a logical and systematic manner. Laurie has been a Registered Nurse (RN) since 1998 and has worked in several health care organizations, including hospitals, regulation and government. Laurie has held various leadership positions in the field of nursing, nursing education, professional practice, medical regulation and death investigations. She holds a BScN from Ryerson University, a MEd. from York University and a certificate in Executive Leadership from the Rotman School of Business.